Thank you for visiting the Supersweet Tonkinese website.
Supersweet Tonkinese is located in Saitama, Japan, which is about 40 minutes by train from Tokyo Station. Since 2004 it’s been registered with the Cat Fancier’s Association (CFA), an American organization that’s the biggest of its kind in the world. Our showings are mainly sponsored by the CFA, and some of our cats have been used in TV commercials, magazines, calendars and other media. Tonkinese cats are very social and cuddly, and some owners even say they’re like humans! Enjoy this website and use it to find out more about Tonkinese cats. We’re very grateful to our Tonkinese cats, and to the owners, mentors, breeders, and all of the other people who have supported us and will continue to do so.

If you have any questions, please contact us: Email

On the website, the latest items are shown first. Over the past several years the number of topics has increased, so there are more than in the old days.

This season, two of our owners took on the show challenge！

＊GP SUPERSWEET MOOMIN / Champagne Point Neuter  Moomin (Moo-tan!) did a great job at the show!  He even won the GP title of "Grand Premier" (Premiership = Grand Champion in the spayed/neutered category is called "Grand Premier")! He even achieved the "Grand Premier" GP title! It's wonderful! He is a very beautiful but he is not self-conscious at all, and his gentle eyes are wonderful. (*^^*)

Moo-tan worked hard in all the rings with his owner, and he also placed 10th in the CFA National Ranking in the premiership of the Tonkinese division.To commemorate this achievement, it was advertised in the CFA Year Book (Year Book 2021 edition).

＊SUPERSWEET EMA / Champagne Point Spy  EMA, a very smart girl, showed off her cuteness at the show! She looked perfect in her frilly pink standby cage cover, which was handmade by her owner. The pictures are amazing. It is filled with the show-recognized winning rosettes and gifts. (*^^*) Thank you very much.

Jupiter：Jupiter achieved the title of the Grand Champion. 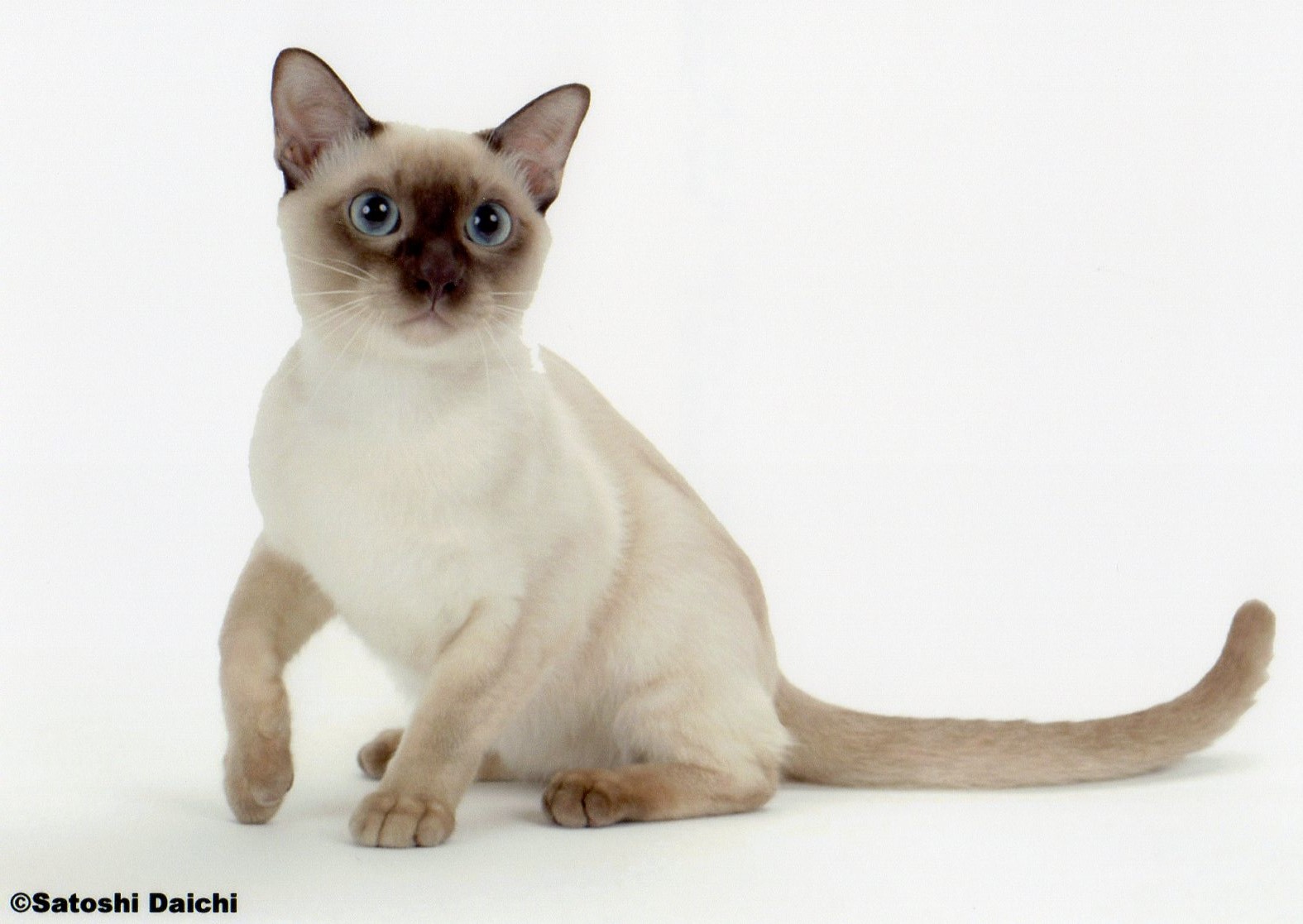 Jupiter’ personality is very smart and gentle.
Though he is a male, his pretty face and atmosphere like the girl.
This is published in CFA 2015 year book, page229.
Thanks for all supporting us!

Mysty：Mysty achieved the title of DM! 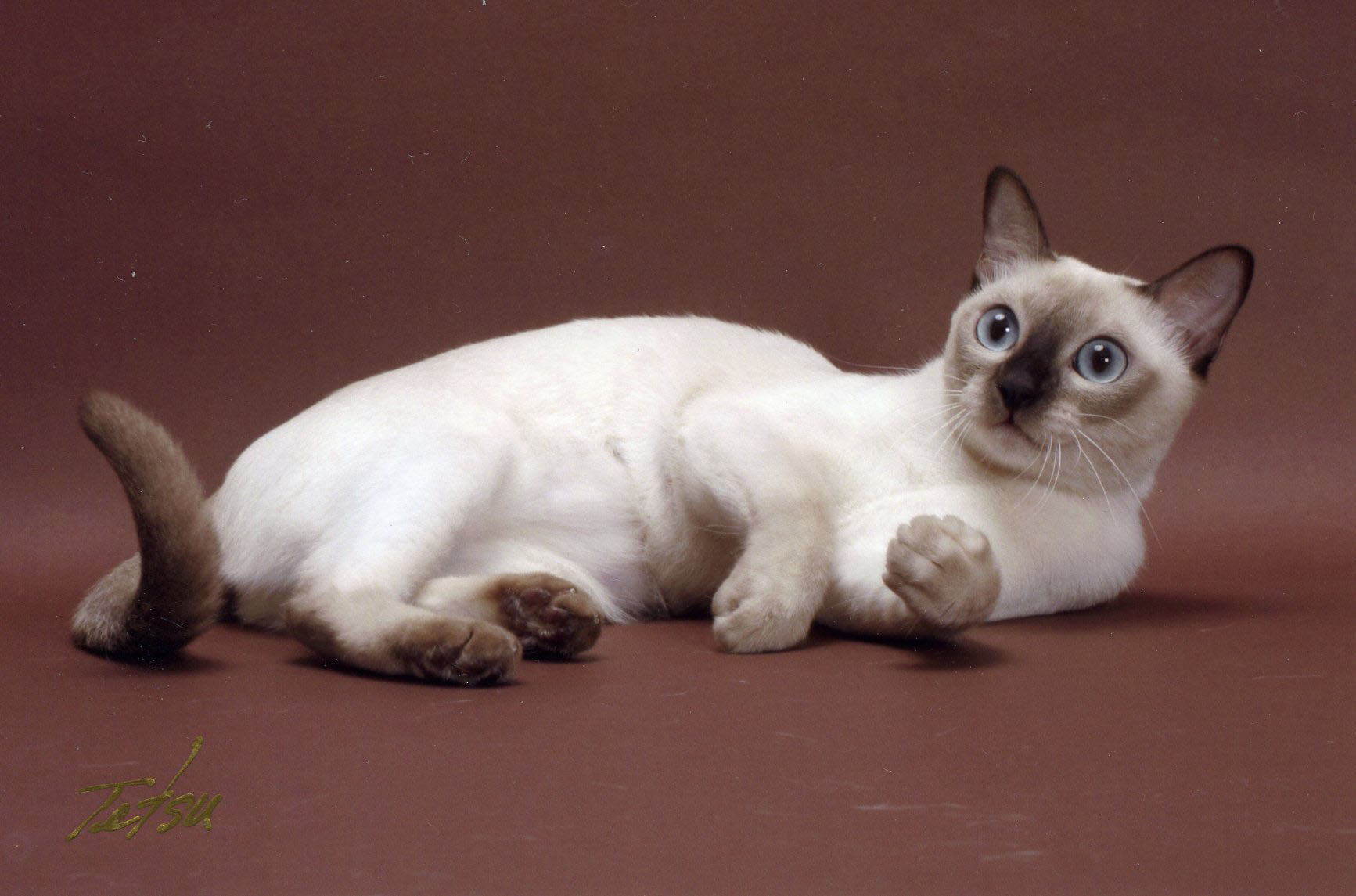 She is the first DM Tonkinese in Japan.
Her personality is very gentle and good mother.
Her pretty face, tenprament and atmosphere will be taken over her offspring.
This is published in CFA 2015 year book, page 206.
Special Thanks for TBA(Tonkinese Breed Association) which placed an article of DM Misty in the bulletin.
Now shs is relaxing at owner’s house. Thanks for all supporting us !

GP, GC Hisano's Fleur de Fleurs
Best Tonkinese in Preimiership of the world show 2012.
We have been visiting and participating in CFA World show and INTL in USA several times.
Last time was 2012 Columbus, Ohio, my Fiy-fiy (Platinum Solid Spay Tonkinese) and me excited this largest cat show of the world which consisted from approximately 1, 000 entries.
And we were very happy to see TBA members (USA Tonkinese breeders) and spent good time for showing, staying Columbus. 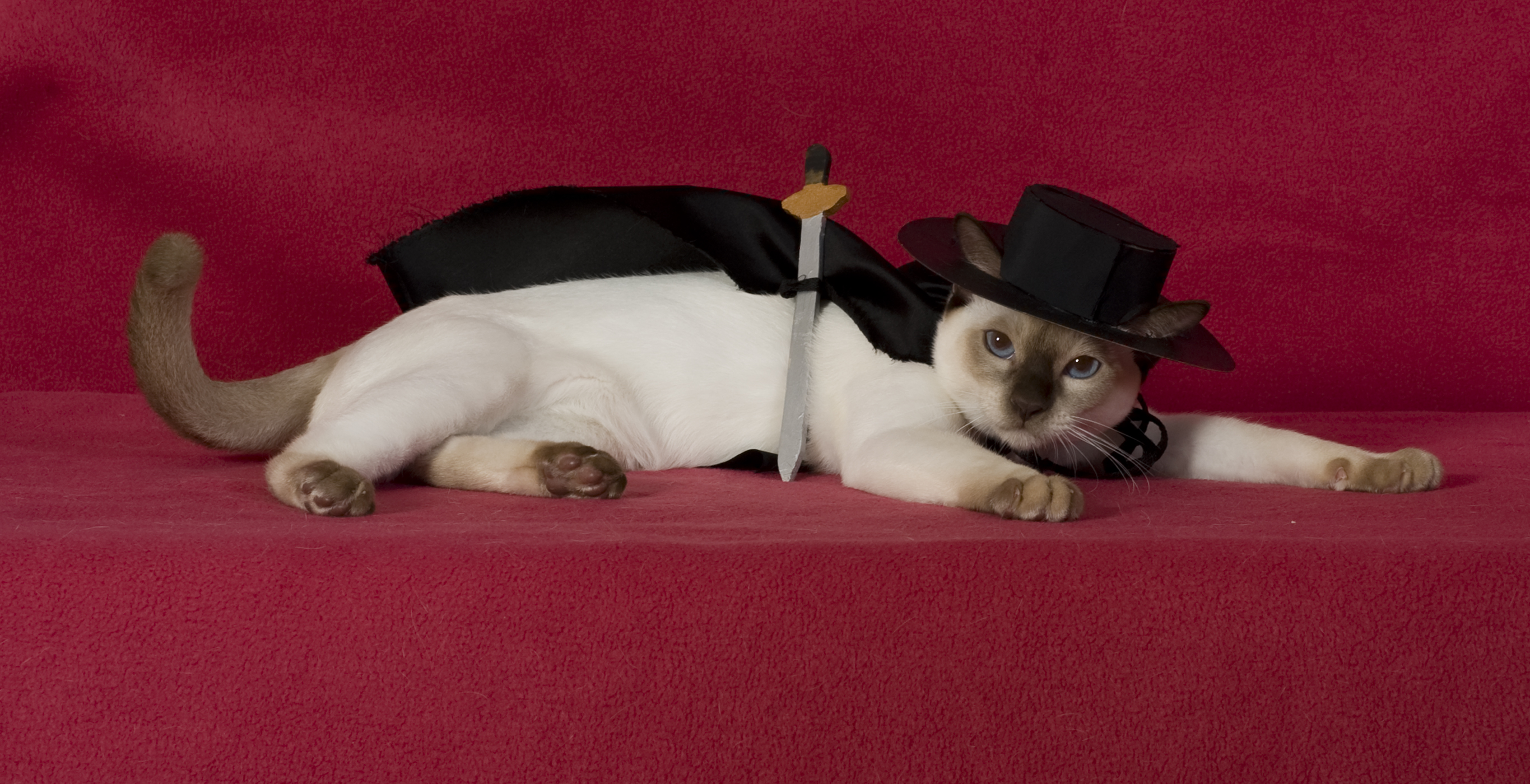 GC, RW Vivatonk Taro
Taro who had a historical record came to my home.
His personality is excellent and always keeping gentle.
As his silky touch coat was so nice, so I‘ve never forget that when I touched him first.
I was so excited that his pretty face, beautiful colors are different from my cattery members...
Linda of VIVATONK had words, "I came over for many years, and the further one scarcely looked by the champagne color Tonkinese".
I say thank for having come to me.. for Japan. 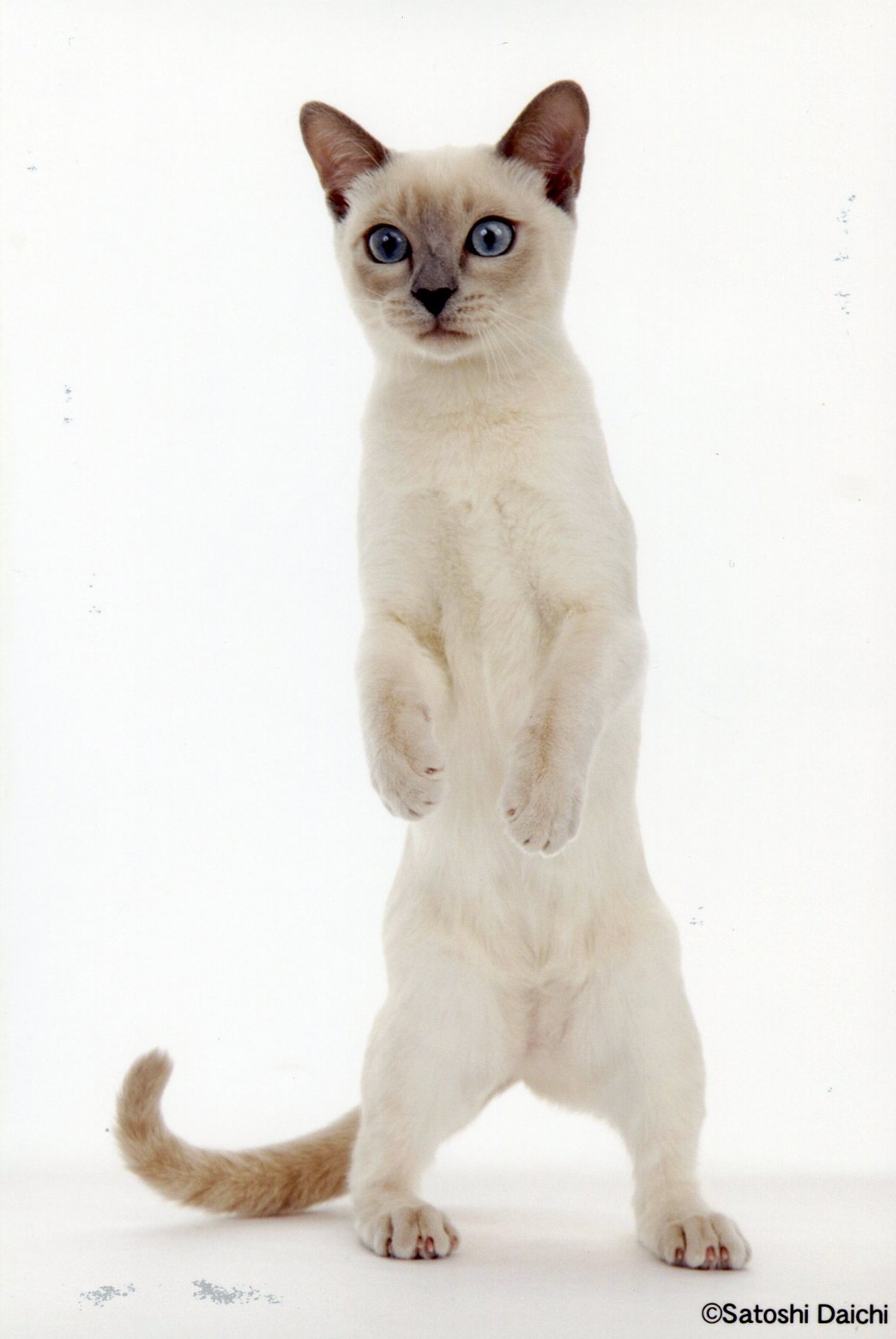 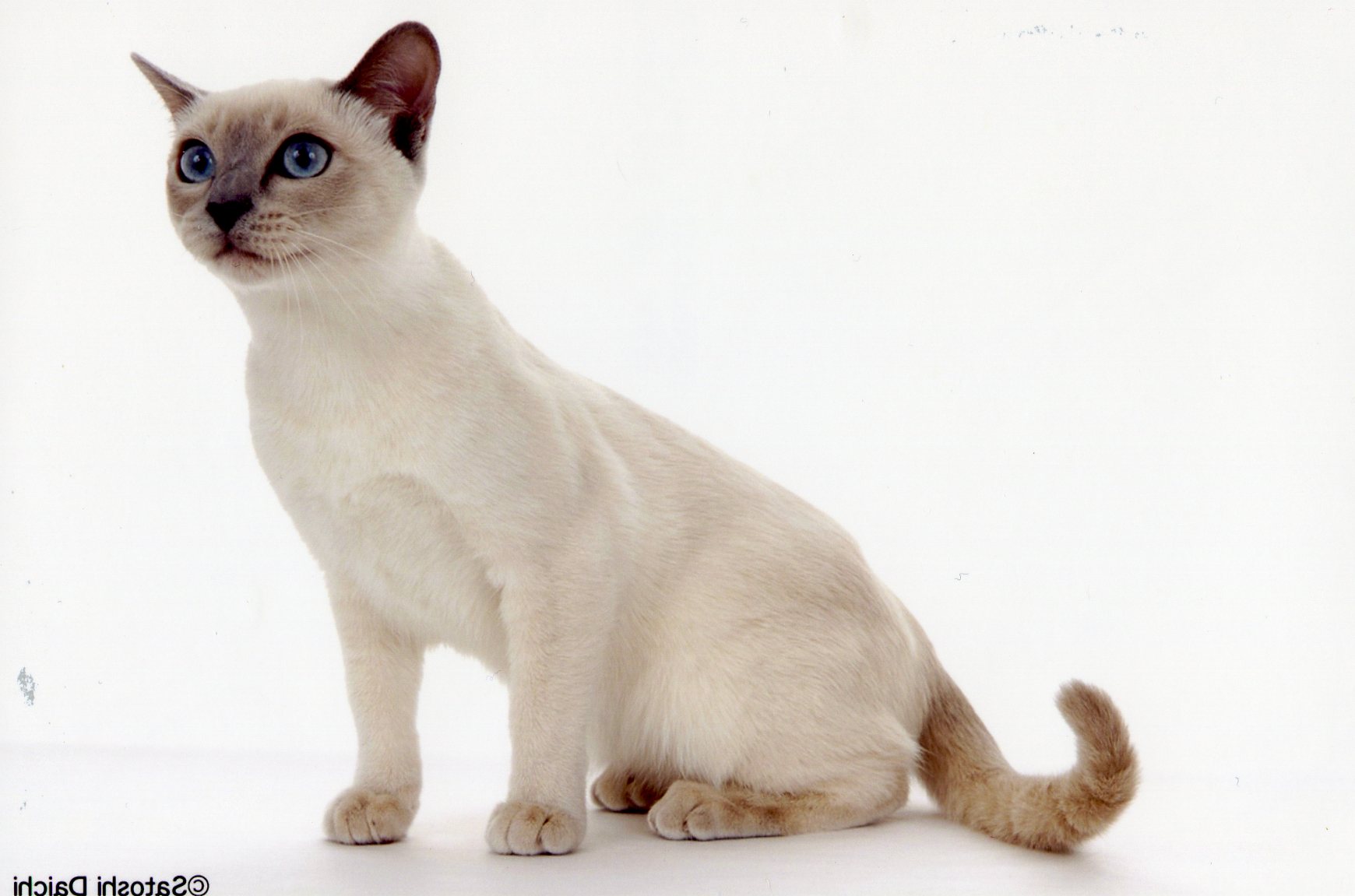 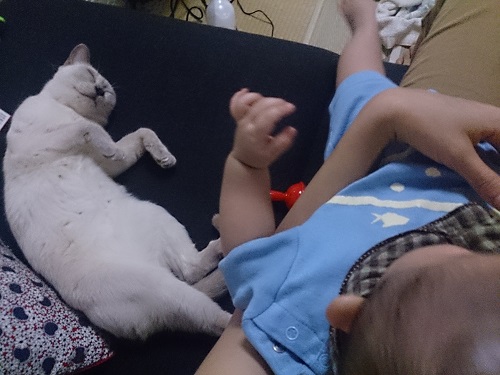 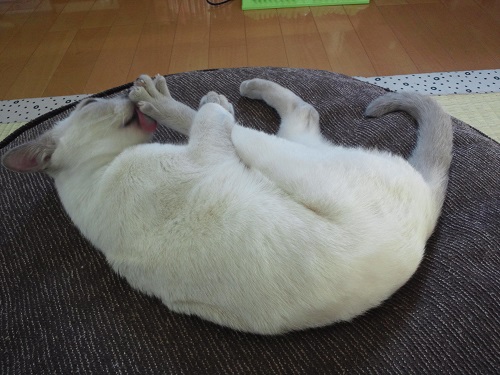 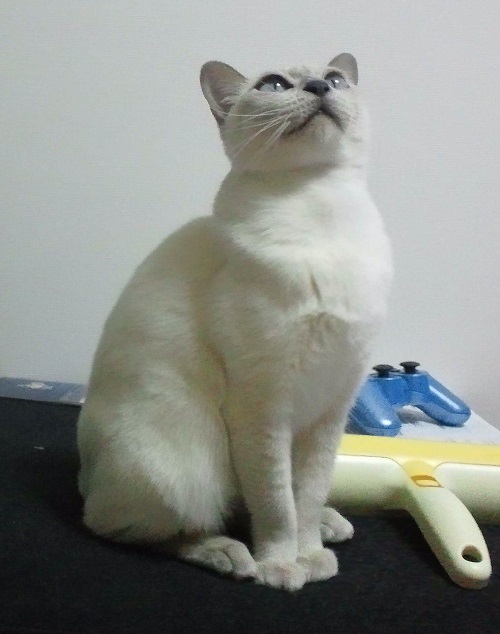 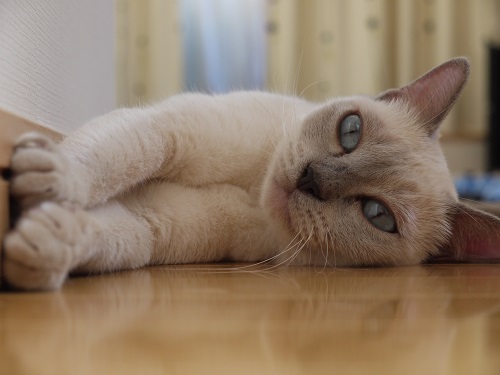 GC, RW Hisano’s White Lily
10th Best Tonkinese Kitten Nationally 2009-2010
20th Best Kitten in Japan Region 2009-2010
Her name comes from a lily of the valley and she loved photography very much.
Now she is in owner’s house in Yokohama Japan, in charge of taking good care of the baby of them like an older sister.
During her showing, owner came to show hall to see her and they waited to accept her until it was over. Thank you for all.

Hisano’s Tony
We sent Male Tonkinese (owner names it Tony: PMM) to Hong Kong in 2009. I heard that it was the first Tonkinese show entry in HK.
Of course before going, Tony and I went on a show several times in Japan for tanning, to get his good performance there.
After having gone over to Hong Kong, he become popular and he was appeared in a magazine. Thank you Roland! 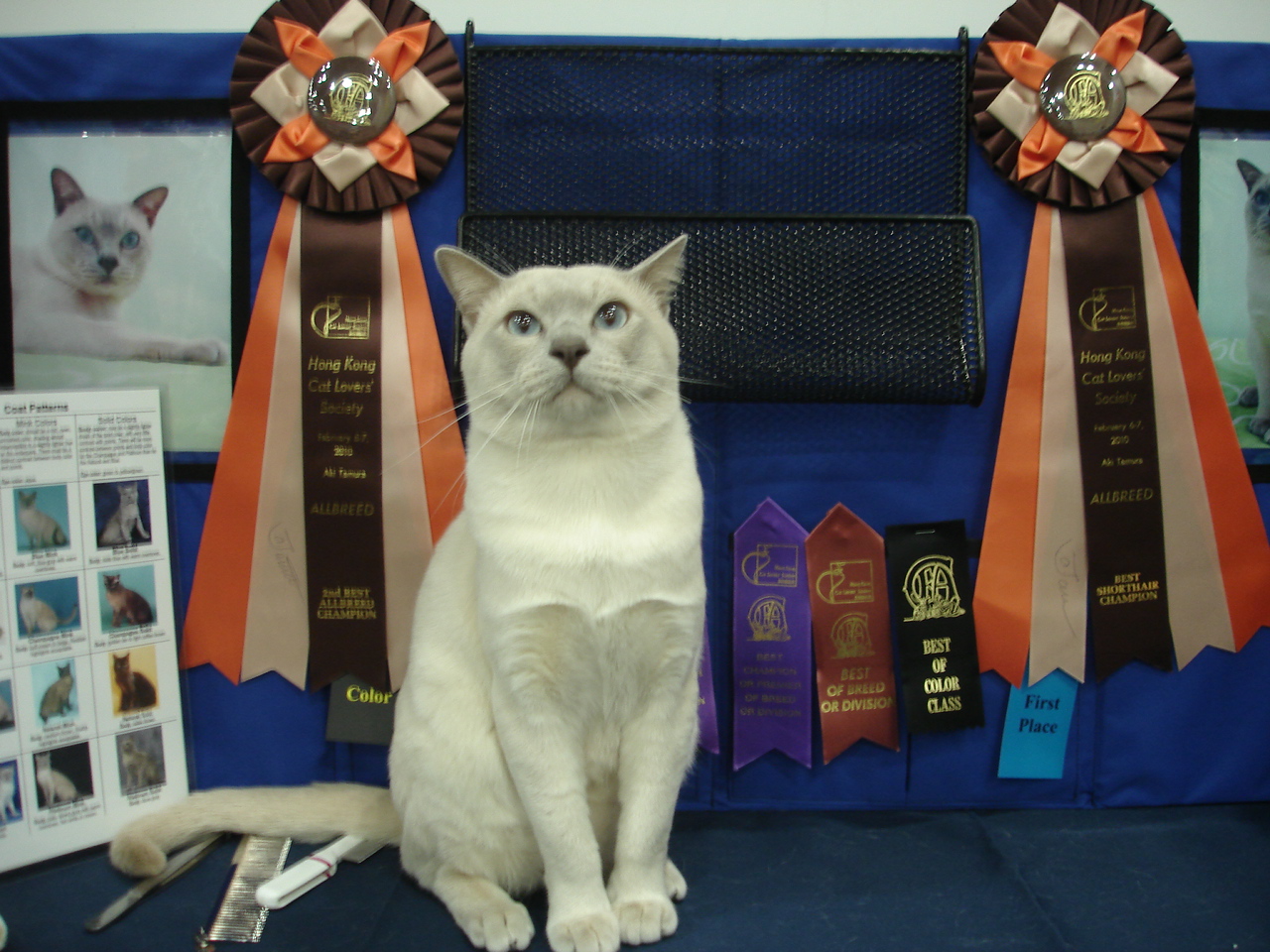 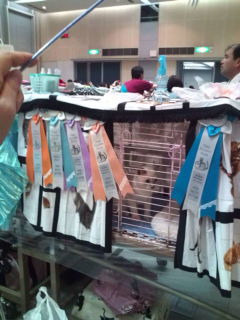 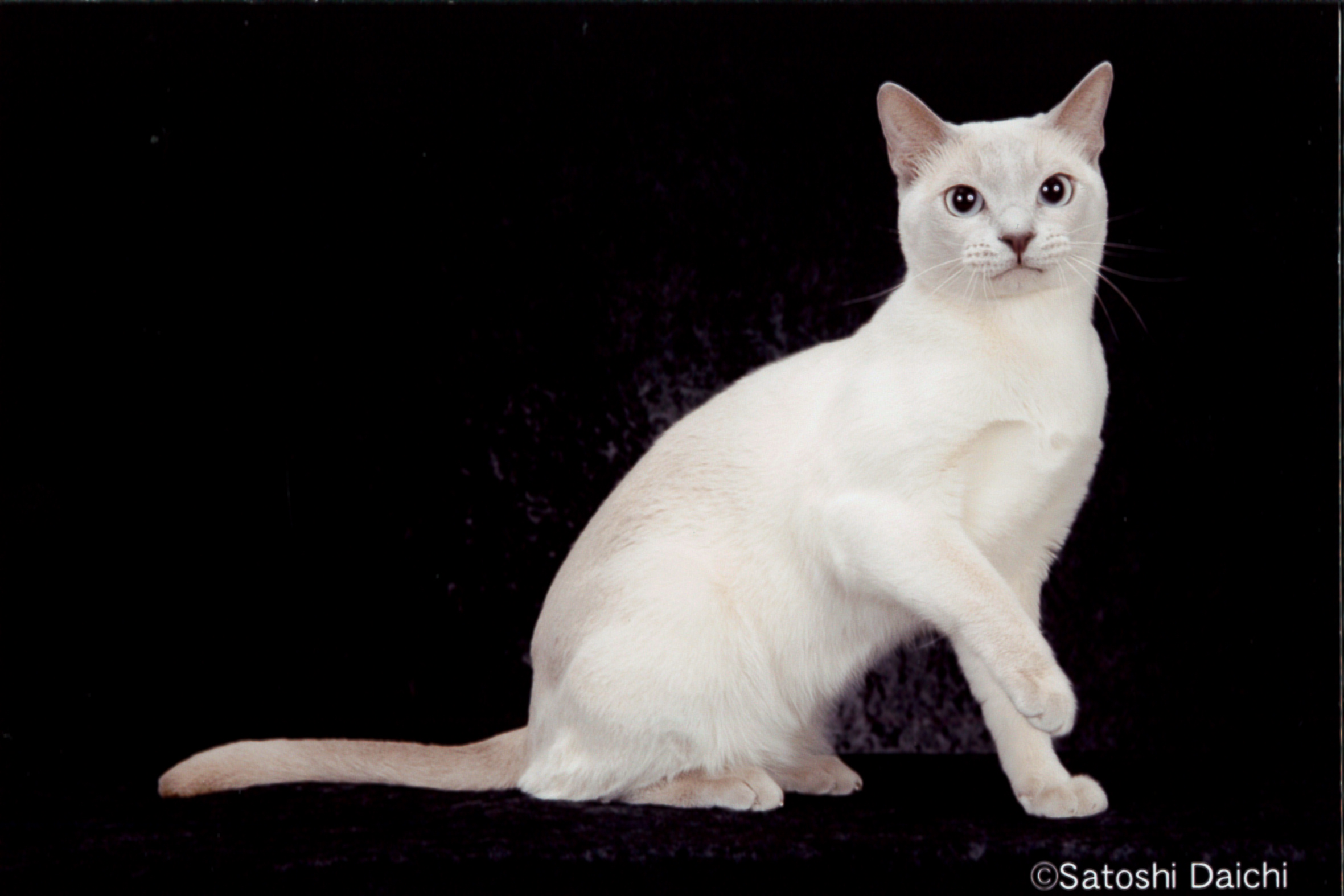 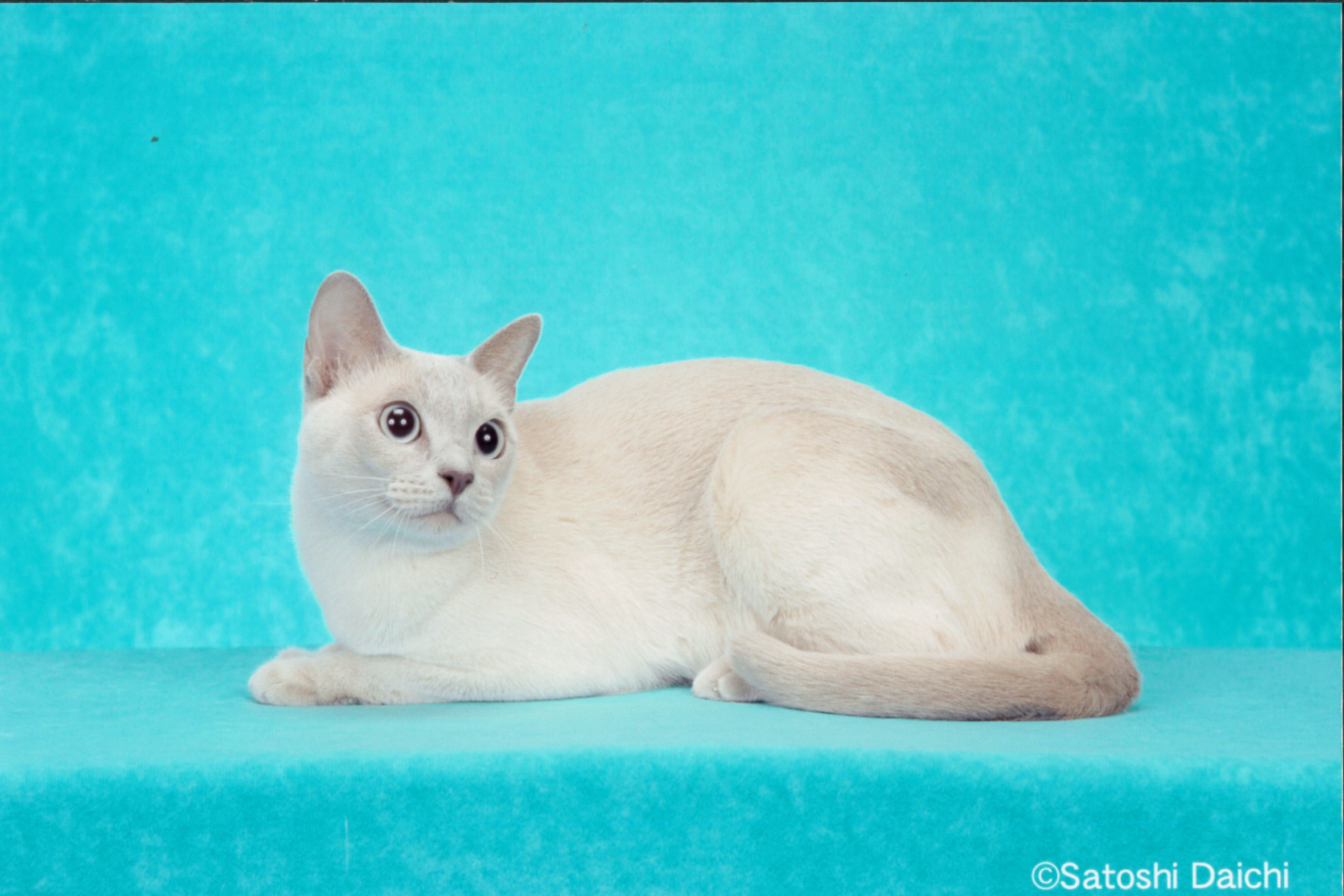 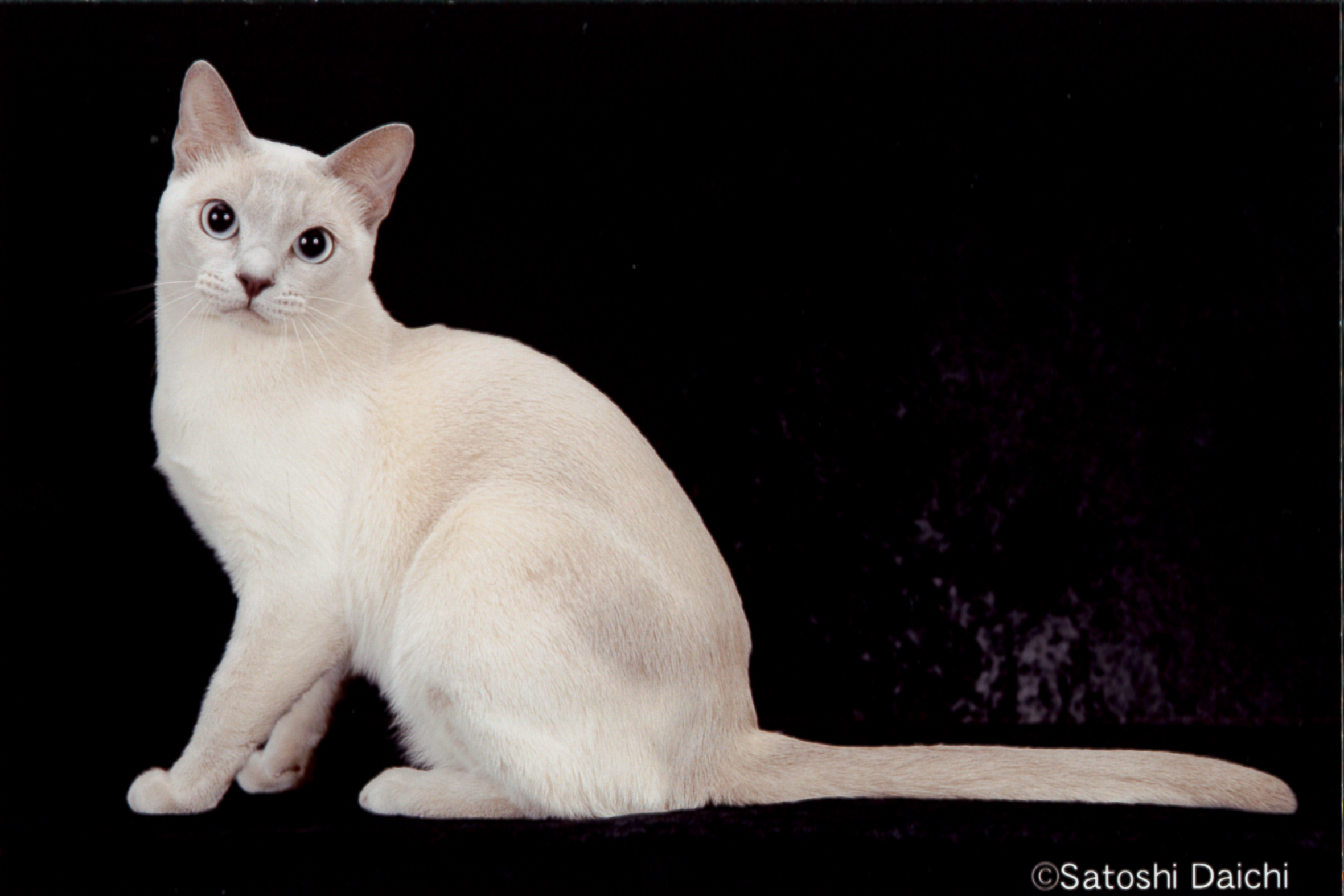 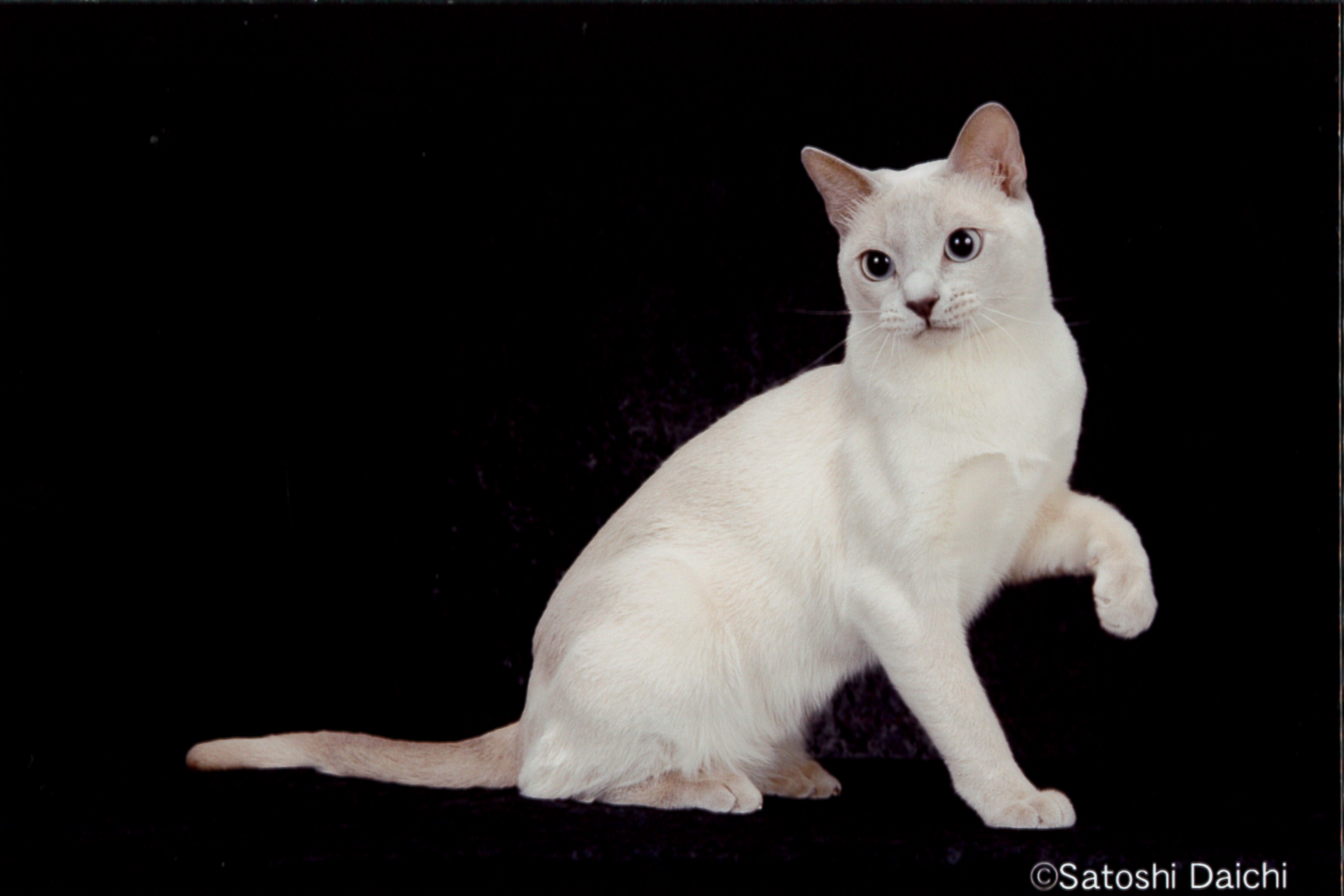 GP Hisano's Lili
The first GP spy Tonkinese in Japan
Aquamarine's daughter Lili (PMS) went to cat show for 2007-2008 years and acquired the title of the Grand Premier as the first Spy Tonkinese in Japan.
I was so impressed with her owner, who tried to the title GP bravely and achieved excellently.
Now she lives in the neighborhood. We put the advertisement to CFA Yearbook 2009 page 366 as a memory.
Thank you very much.

Makibaoh : The first RW GC for our male Tonkinese and The 4th Best in Nationally. 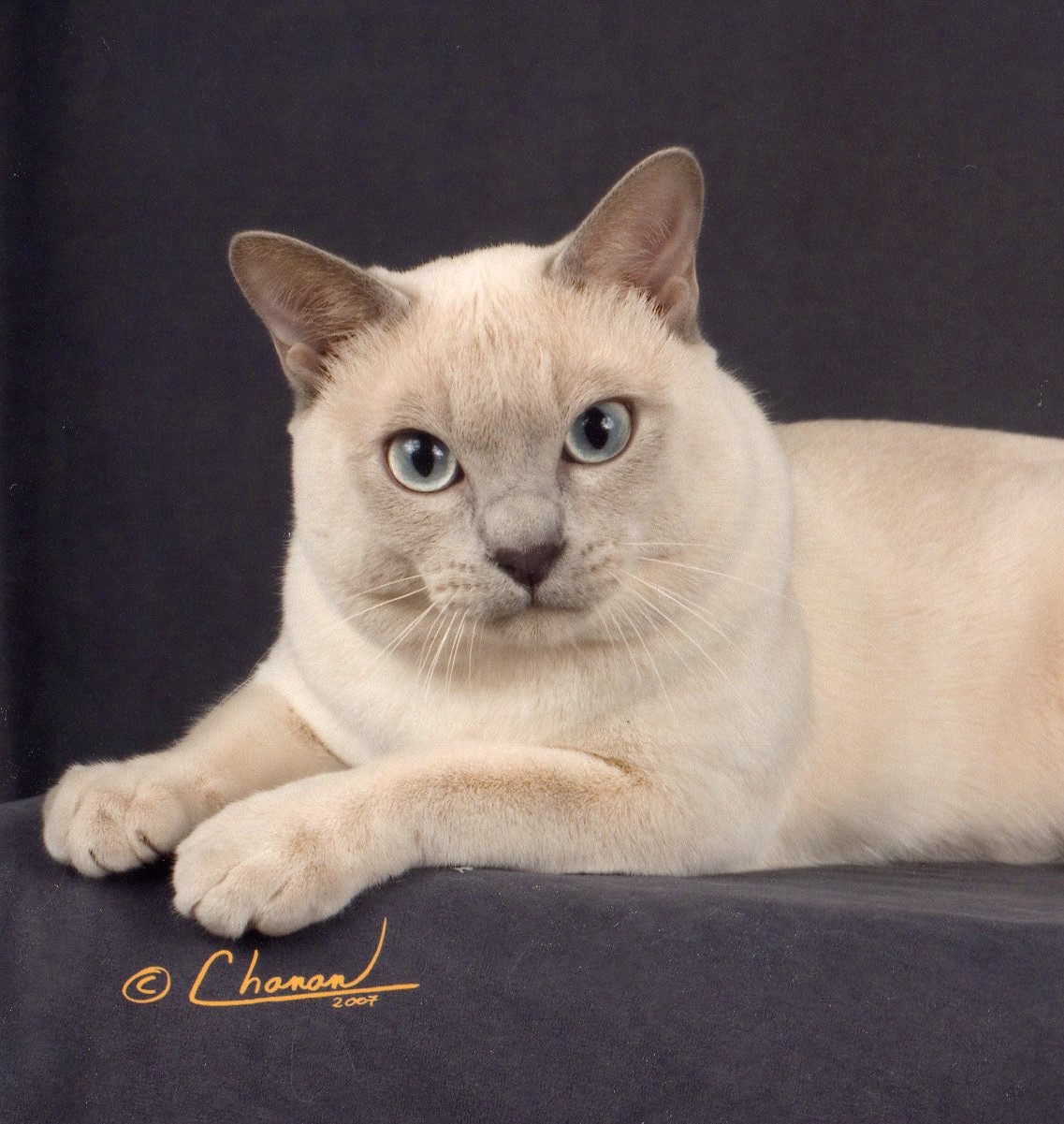 GC,RW Hisano's Makibaoh
CFA’s 4th Highest Scoring Tonkines & Japan Region’s 14the Best Cat
In 2006-2007 show season, Makibaoh fought for the third place in breed of National award until the very end.After all, we were defeated by a narrow margin, the fourth place not third, which made us felt very regrettable feeling.However, anyway order was not settled till the last, so that showing was excited and very fun. It was had a good experience.Thanks Tarezo! (His nickname) Dam is DM Misty.He is our cattery's one of the mainstay with very valuable pedigree, so it may be the Galapagos Tonkinese cat for us.

Aquamarine : The first breeding cat and RW, GC Tonkinese in our cattery. 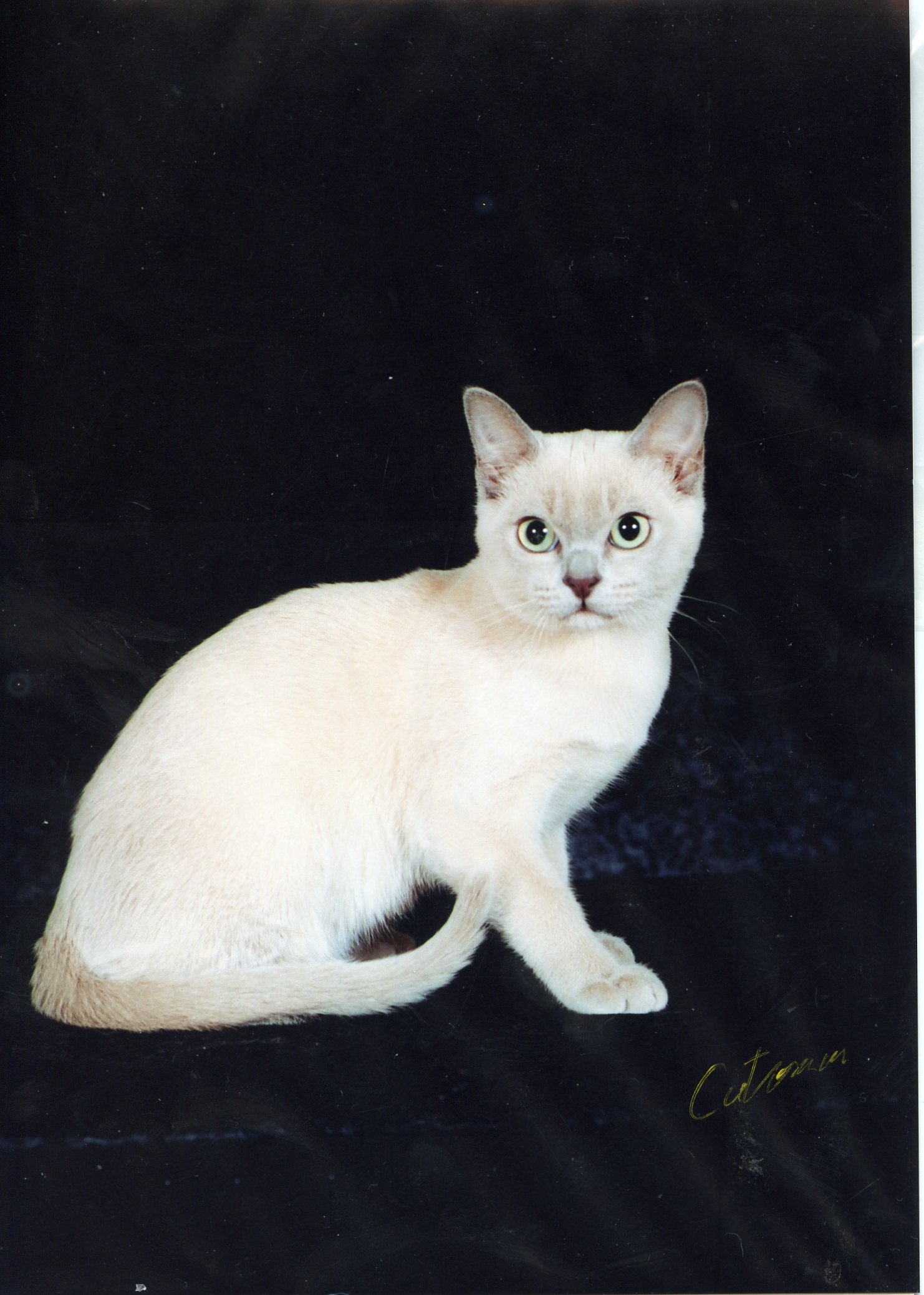 CH Matsuekitty Bluemoon Casper
In 2004 we got our first Tonkinese cat, Casper (a platinum solid female). At that time we hadn’t decided yet to start breeding or to open a cattery, but while showing her and gaining experience we gradually became interested in that kind of thing. After showing her and thinking about whether to breed her or have her spayed, we finally decided we wanted to see her offspring. Her first kitten was named Aquamarine and was a PMF. We still clearly remember how impressive her first delivery was for us, and of course that was our first time to breed a cat. Now Casper lives with a family in Miyagi, and she experienced the 3/11 disaster in 2011. She wasn’t harmed.
Encounter, departure of Casper with her new owner! She doesn’t look her age and is very cute.
The owner gives us an original photo book and a lovely New Year's card every year. We’re thankful for that.